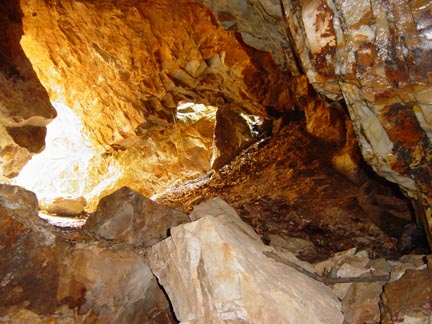 Geologically, Hot Springs is not known for natural caves.  Then how did DeSoto Park get a cave and what historical significance does it have?

As stated in my article about Indian Mountain:

The Caddo Indians mined the Novaculite, broke off usable chunks and hauled them down the mountain to chip them into arrowheads, spear points, axes and knives.  Then they traded them to Indians from the Mississippi delta area that didn't have access to this important mineral.

DeSoto Park, located on Park Avenue headed out toward Hot Springs Village, has a novaculite cave that is literally unknown to the local populace.  This cave is not natural, but was created by Caddo Indians mining Novaculite from the mountain.

Legend states that Jesse James and his gang used this “Indian” cave as a hideout when they came to Hot Springs.  After robbing a stagecoach, they would take cover in this cave until the law gave up looking for them.

Most visitors to the park recognize the tank placed there to honor veterans, and for kids to play on. 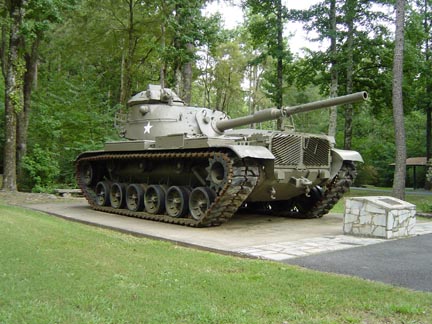 Look between the tank and the police shooting range and you will see a path headed up the mountain to the cave.  The path is basically paved with chunks of Novaculite that have worked their way down the mountain.

Be careful, walking on these stones can be dangerous, and the climb is steep.  But the undertaking is worth the adventure of seeing more history and legend in Hot Springs!