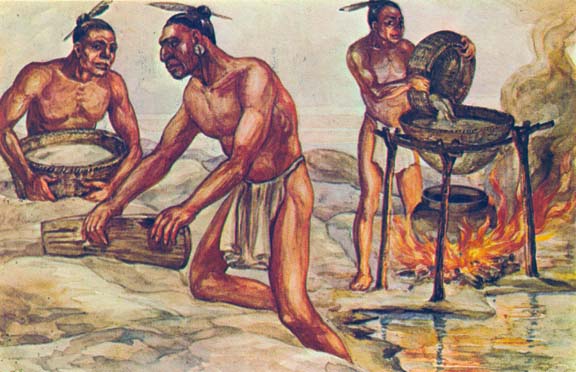 There is a strong and rather alarming rumor in our nation's first national park – the Native American Indians claim ownership of the park.  Some say there is a movement to reclaim the National Park back from the U. S. Government.

The word Quapaw refers to "downstream people" and the Quapaw Indians were really based out of the Ohio Valley.  But in 1818 they signed an agreement with the U.S. Government giving over the land and the famous hot springs.  The few Quapaw Indians that lived here at that time relocated to the Pine Bluff area.

The interest in Native American influence in Hot Springs is gaining momentum,

So why would the Indians want to reclaim land they owned for thousands of years?

Could it be because it was listed in the halls of history as a "reservation" for over 100 years?  (Hot Springs Reservation)  Why was it listed as a reservation, when there wasn't a Yellowstone Reservation, a Glacier Reservation or a Badlands Reservation?

Or could it be that if the Hot Springs National Park became an Indian Reservation, casino gambling could again flourish as it did in the early part of the 1900's?

Can you help us solve the mystery?

Your Help Wanted to Solve the Mystery

Do you have any stories or facts about the Indians wanting to reclaim Hot Springs?

If you have any information to validate this mystery, please email me by clicking on my name below.